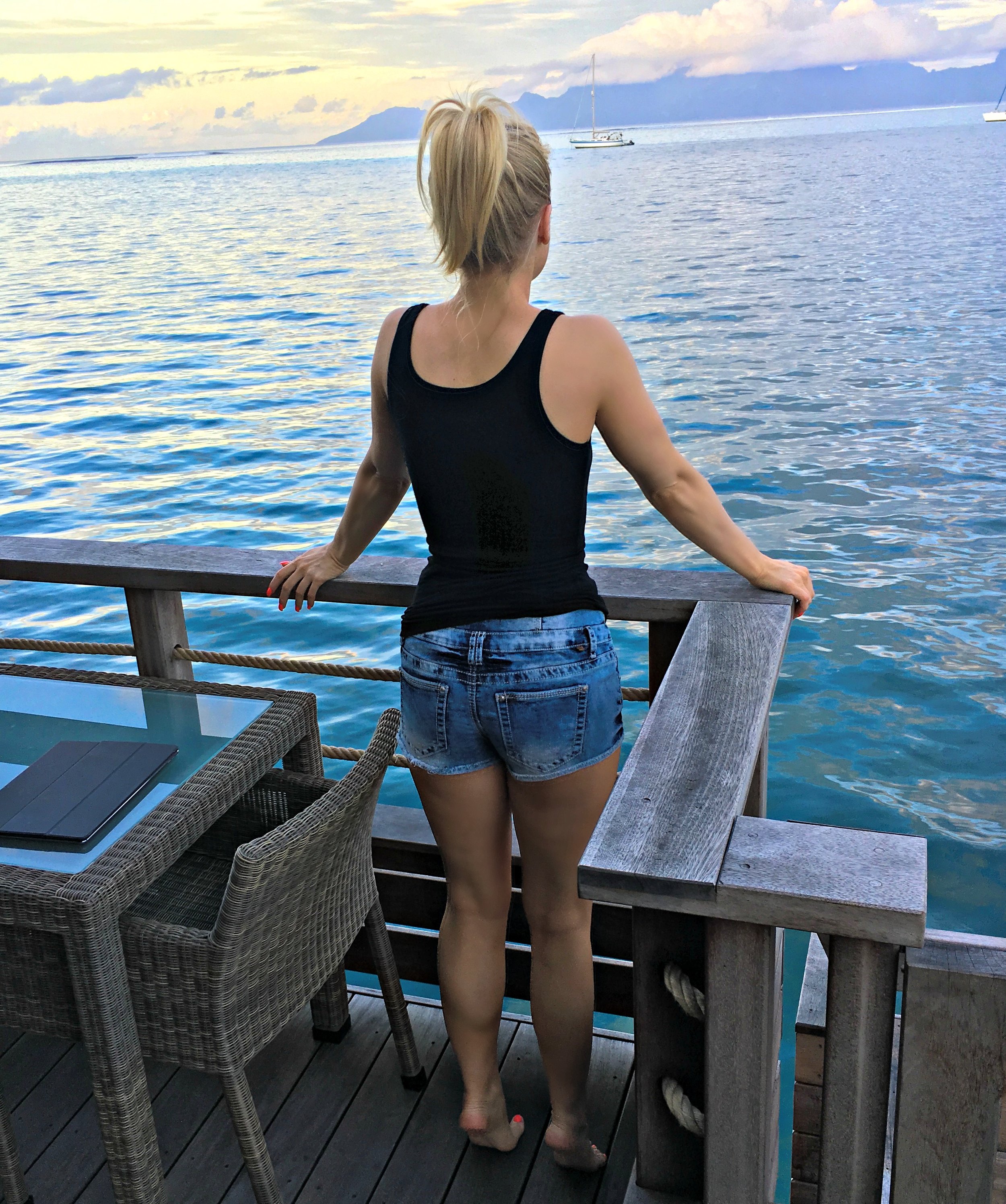 Just promise to never stop learning because the journey of a WAG won't ever stop teaching.

When I sat down to write this post, my goal was to culminate a list of the most impactful lessons I have learned since becoming a WAG. I was shooting for a top-5 here: 5 years in the league, 5 lessons learned.

It was as clever as it was impractical.

Two hours and a term paper later, I began to realize I may have overshot this one. This journey is constantly coming full circle for me. So many unforgettable experiences, countless if-I-knew-then-what-I-know-now's, and even a few less than admirable moments along the way. All of them are worth sharing with you, but attempting a top-5 right now would be neglecting you of at least another 15 equally powerful moments that you deserve to read about. So, I’ll save that post for another day.

Instead of five lessons, I’ll share with you just two. To preface what you’re about to read, let me say this: I think the best lessons in life are those we struggle the most to learn - the lessons that take us to war over and over again. They beat us black and blue, right? The cease fire will come, but not until we have learned the lesson in its entirety. Full transparency? I’m comfortable writing those last few sentences so theatrically because the lessons I’m about to describe for you have been whooping my a** for the last 5 years. I’m sure many of you can relate to my experiences. Some of you are likely learning your own with me as you read this. If you’re still with me, I hope this resonates with you. 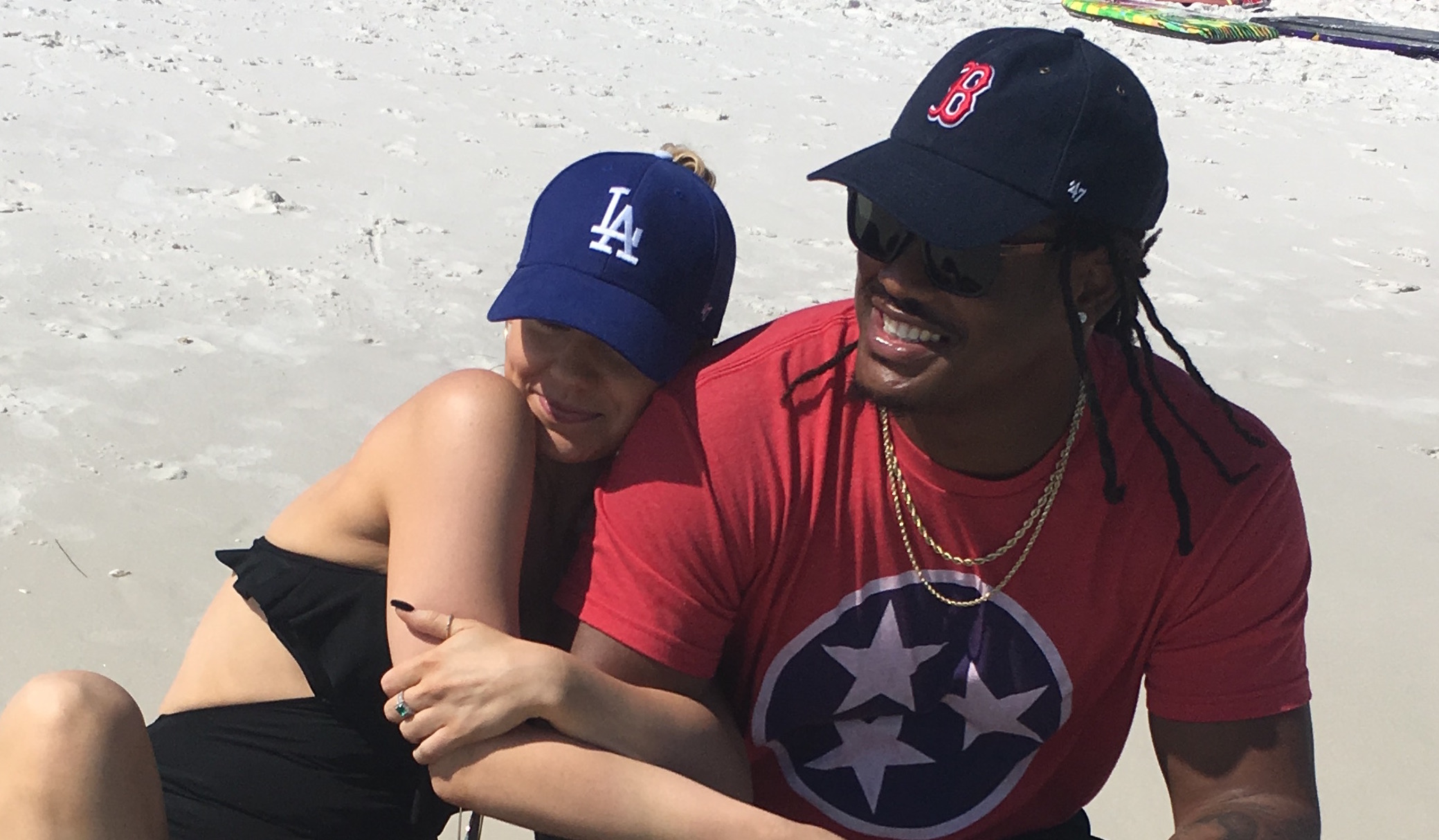 1. Stop trying to plan for everything. There is no “perfect plan” - Yours won’t look like theirs, and it’s not supposed to.

When Dont’a was first drafted by New England, I still had one semester remaining at UA so I stayed behind to complete my undergrad and planned to move to Massachusetts after graduation. Aside from a few spur of the moment weekend trips to New England and the occasional chaos that is senior year, the last six months I spent in Alabama were some of the calmest I can remember. By early December of that year, I had strategically planned my last month out – graduation on the 12th, furniture into storage on the 16th, and through the 22nd, I would spend a few last days with my family. By December 23rd, I’d be stepping off a plane just in time for Dont’a and I to spend our first Christmas together in New England.

If you’re wondering how I manage to remember these dates after all this time, it’s because this particular schedule was the last one I would ever create for myself or my family after entering WAG life and, you know, I’m kind of sentimental about it.

From what I recall, everything went as I had planned until the 13th of December rolled around and I was boarding a one-way flight to Boston. Just a day earlier, I was hugging my family for the first time in months as they arrived in town for my graduation. In the next 24 hours, I made some last minute cancellations, both with friends back home and the moving company, and then I hugged my family again, except this time it was to say goodbye - a week and a half earlier than planned. I can’t remember what led to the change in circumstances, but that’s the thing about circumstances - they always change. And in this lifestyle, the rate at which they change seems to increase with every passing year. I always get a kick out of how my journey as a WAG began- nearing the end of Donta’s first season, no friends yet but enough winter clothes in my luggage to withstand a mean Alabama winter.

For clarity - a typical day during a 'mean' Alabama winter consists of a forecast for half an inch of snow, school closings, and cleared out grocery shelves because, you know, the blizzard.

In percentages, my first few months as a WAG looked something like this: 25% embarrassingly unprepared, 25% lost somewhere on a Massachusetts highway and 110% freaking freezing (if my math doesn't make sense to you, it’s because New England winters don't make sense to me). All of this while trying to hold it together as best I could for my man through what I now know to is the most trying part of the season.

As I’m writing this five years later, I have no problem admitting that the amount of order restored to our lives since then has been minimal. I struggled with that for quite some time - as a woman who was supposed to be running her household, I felt like I was failing. Constantly, I made adjustments attempting to establish a routine for us but no matter what I came up with, something always kinked. It wasn't the lifestyle, because all the other women around me appeared to be managing theirs just fine. It was a constant comparison - What was I doing wrong?

It took me a long time to realize that it wasn’t our routine that needed to change, it was my expectations of what that should look like. People only let you see what they want you to see. Nobody has it all together all of the time - but even if they did, my experiences aren't theirs. My losses aren't theirs and my wins won't be either. Why then, would I expect my family to be anything like theirs? Life had something to teach me that first year as a WAG, and it was a lesson learned that changed everything.

2. Slow down and enjoy the ride.

It’s so easy to get caught up in all the excitement of this lifestyle. The busy schedules definitely don’t help. If you’re anything like me, you’re always on the go. Knowing this though, I still find myself starting each new season completely surprised by how fast the last year flew by. In the last few years, I’ve gotten really into the study of mindfulness- being fully present in the now. It sounds so simple, but if you ever try to read a book about the theories and practices of mindfulness, you know that it’s quite the opposite. We’re all so busy, especially in this lifestyle, and we’re conditioned to speed through tasks, check off that list and keep it moving to the next thing. It all adds up for a super productive day, but it also is the core reason we start each new season completely flabbergasted that it’s actually a new season. 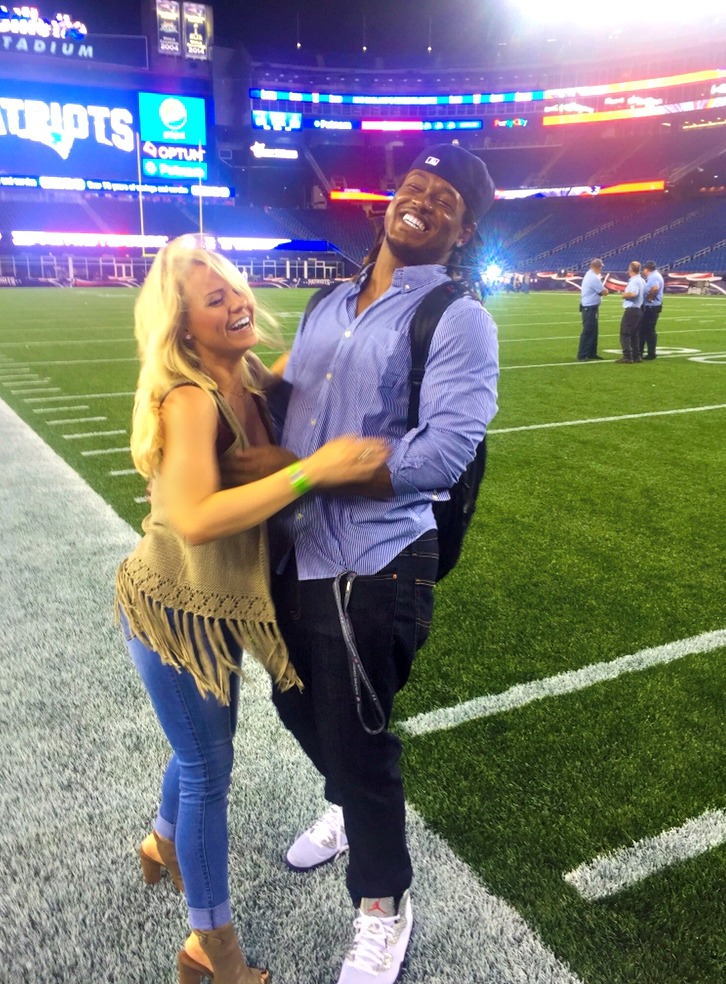 We all do our best to keep it together, right? We shrug out any negativity as we’re being pulled from all sides and just keep it movin’ because that's what we're expected to do. Insert the mantra we hear time and time again – “It’s a short career. This won’t last forever. Woosahhhhh."

But isn’t that the point, though? This won’t last forever. I firmly believe we are all given this life, not only because we are strong enough to lead it, but because we are strong enough to lead it well. Speeding through each day, constantly preparing for whatever is coming next – I clearly get it. But I urge you to consider what you might be missing. I don’t know about you, but I don’t want to look back on this chapter of my life and feel like I missed anything.

If you’re interested in learning more about the practice of mindfulness, reach out to me on social media. I’m more than happy to recommend some of my favorite books out there to help in your progress. Some of the reading available is complex, and I’ll admit I have to re-read a few chapters more than once to really grasp the concepts at times, but once you find the light you’re looking for, it's not so easily lost anymore.