Meet Nicole Cundiff, wife of former NFL placekicker, Billy Cundiff, mother of three, sister, daughter, and CEO. One of Nicole's most significant accomplishments is the success of her and her husband's foundation, Colleen's Dream, honoring Nicole's mother who passed away of ovarian cancer in February 2013. Her feature comes at a heartfelt time: Monday was World Ovarian Cancer Day and Sunday is Mother's Day. Although Nicole lost her mother tragically, the Cundiff's have been able to turn pain into purpose by truly making a difference in the fight against ovarian cancer. I spoke with Nicole to find out more about her work in the community and her experience in the NFL.

League/Teams: NFL . Billy was signed by the Cowboys as an undrafted free agent in 2002 and played for four years, then was released following an injury. He played for the Saints in 2006 and was out of football from 2007-2009. He had decided to retire and even obtained his MBA before being called back to football. He ended up playing a total of 12 seasons and was named a Pro Bowler while on the Ravens.

One thing people don’t generally know about me is: I’m a huge history buff. We read a lot of World War II books! 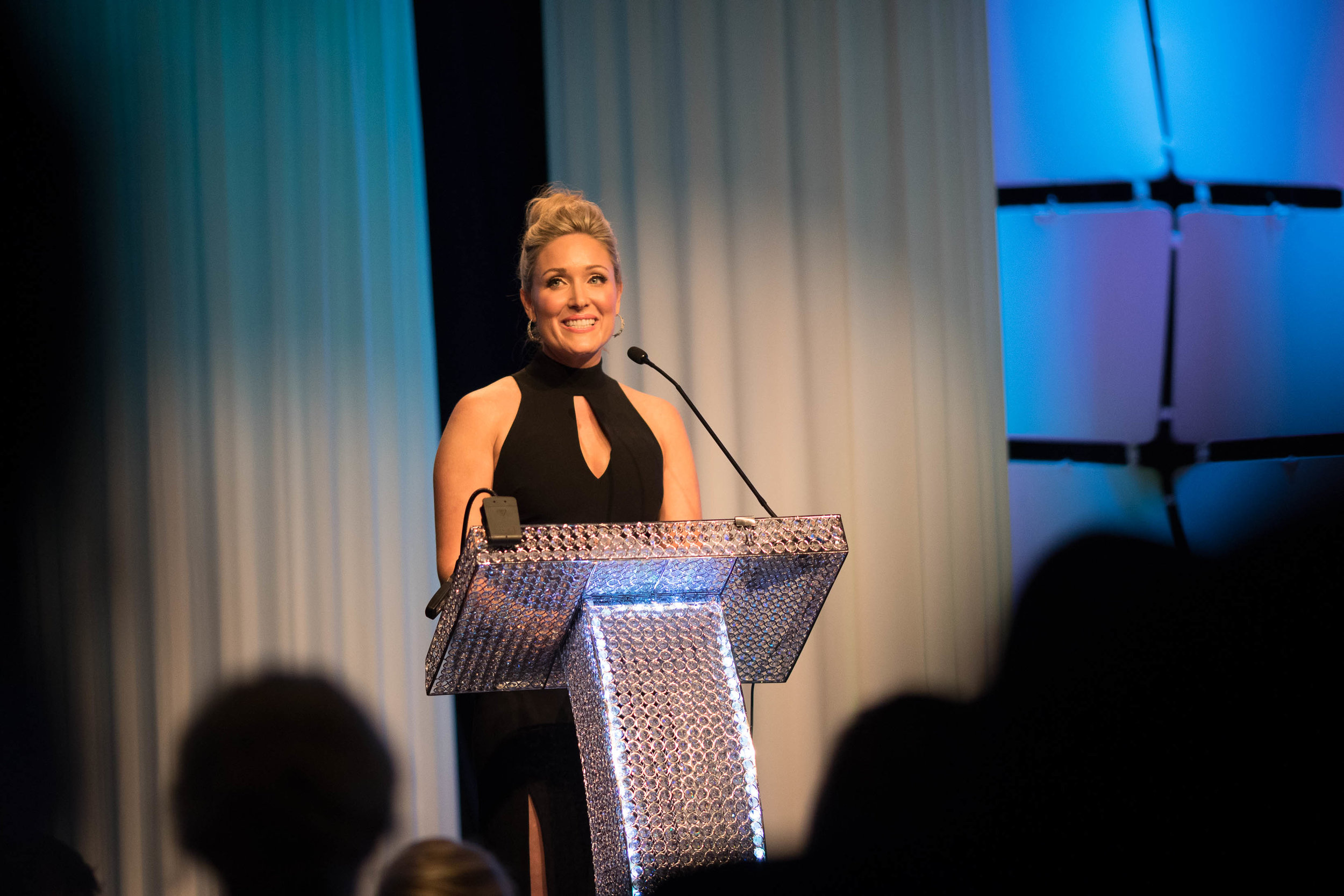 Billy and I met our freshman year in college at Drake University in Iowa. Our football friends were throwing a party on the first day of school and Billy pulled me aside. I remember thinking he was so cute and nice. After that, nothing happened between us. In fact, we both dated other people. A few years later, I was headed to go study abroad in Spain. We hadn’t seen each other in a long time because I never really saw him around campus. The night before I was leaving to go abroad, we ended up in the same place and he asked why we never dated. When I came back from Spain, he asked me out. The rest is history. 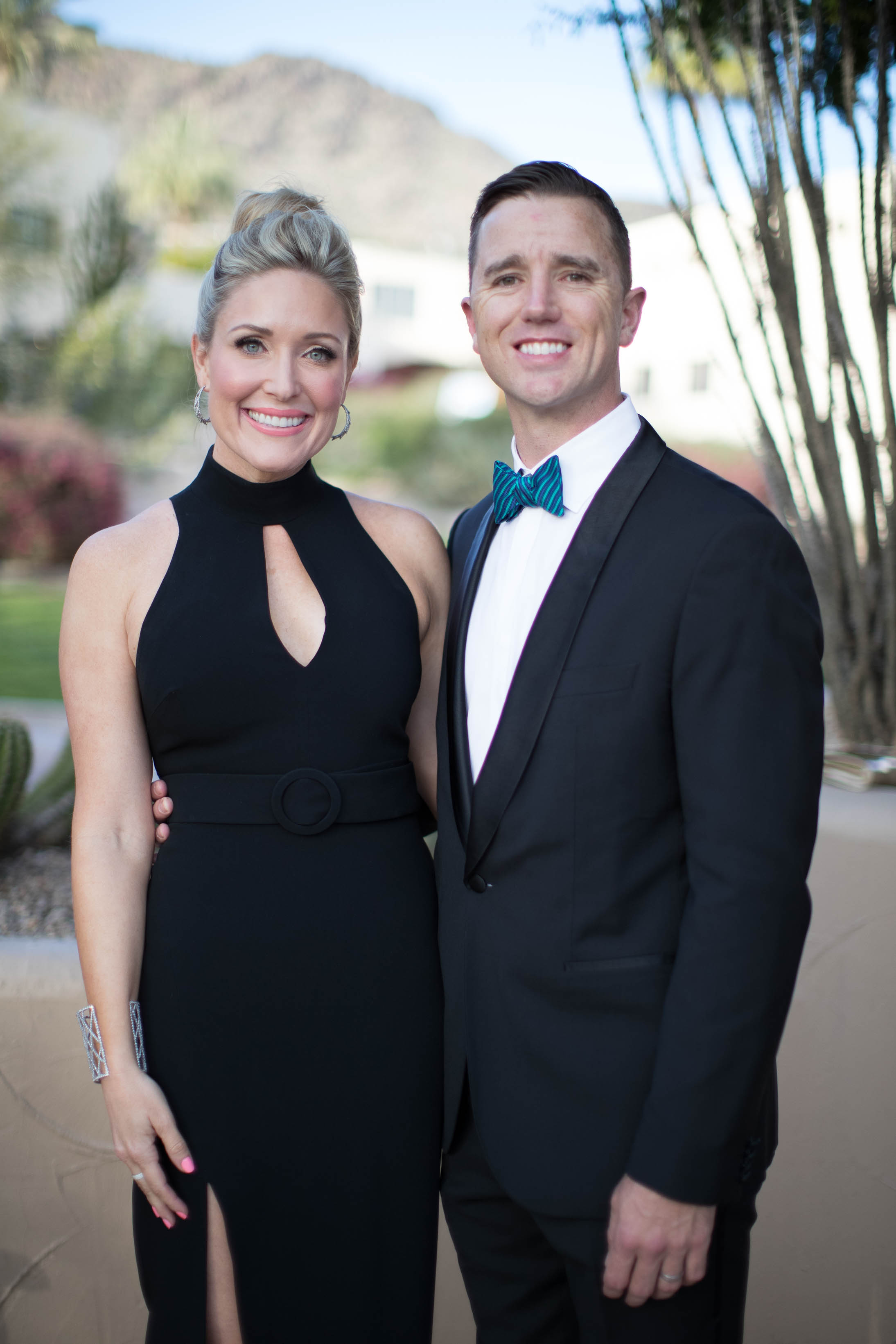 Describe your experience with the NFL and your transition out of football.

We were in a couple different places for longer than a year. I feel really lucky that we made some great friends and lived in parts of the country we would have never lived in. My husband wasn’t drafted. He was never supposed to play so for him to be able to play 12 seasons was really awesome.

We've been out of the game a year now. Our transition has been really smooth because Billy was smart, took advantage of educational opportunities, and did everything the NFLPA tells the guys to do. He obtained his MBA in 2007 through the NFLPA program and his Masters in Real Estate Development last May. He completed internships with big companies here in Arizona and made amazing connections. Billy had a great job [as a real estate developer] when he was done with football which has made the transition easier. 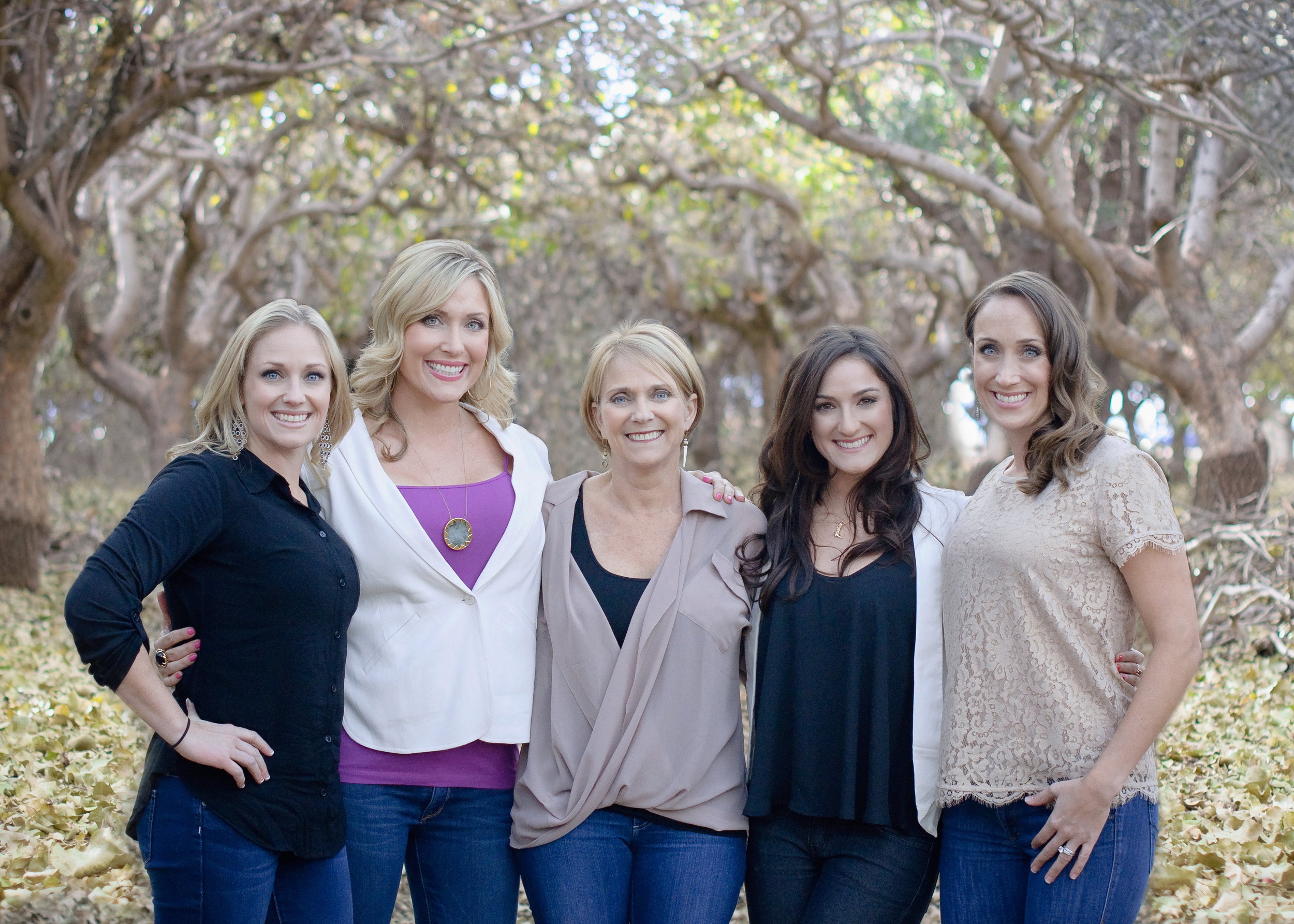 Nicole with her three sisters and mother, Colleen, who passed away in 2013 after a 5-year battle with ovarian cancer.

Tell me more about Colleen's Dream and the inspiration behind it.

We started Colleen’s Dream in 2012 after my mother was diagnosed with ovarian cancer and my husband was still playing with the Ravens. The Ravens were good about incentivizing the players to start foundations. My husband and I visited Johns Hopkins, a leading teaching and research hospital in the world. We asked for a sit-down to pick their brains on ovarian cancer and where we could help the most. They told us early detection research. That made sense to us because my mom had been misdiagnosed with other commonly experienced ailments by three different doctors.

Early detection research is key because when ovarian cancer is caught early, 94% is treatable. When it’s caught late, most women die. A prime example is cervical cancer. Before the pap smear, cervical cancer claimed many women's lives. Now, if you look at the cervical cancer mortality rate in our country, it’s really low [because of a simple test]. Our mission with Colleen's Dream is to assist in finding an early detection test for cervical cancer and reduce the number of lives claimed by the disease. We generally fund young investigators and give research grants. We've awarded over $600,000 and soon we’ll be at over a million dollars. Most of the money comes from the events, and we also have the “Kicking for the Dream” Program where NFL players raise money through performance-based contests.

My mom was an amazing woman with such grace. She was the type to go on a mission trip and then fly home to catch Billy’s football game. Our family feels cheated. We all knew it wasn’t fair. We promised her that people would know her name and that other women wouldn’t have to go through what she did. 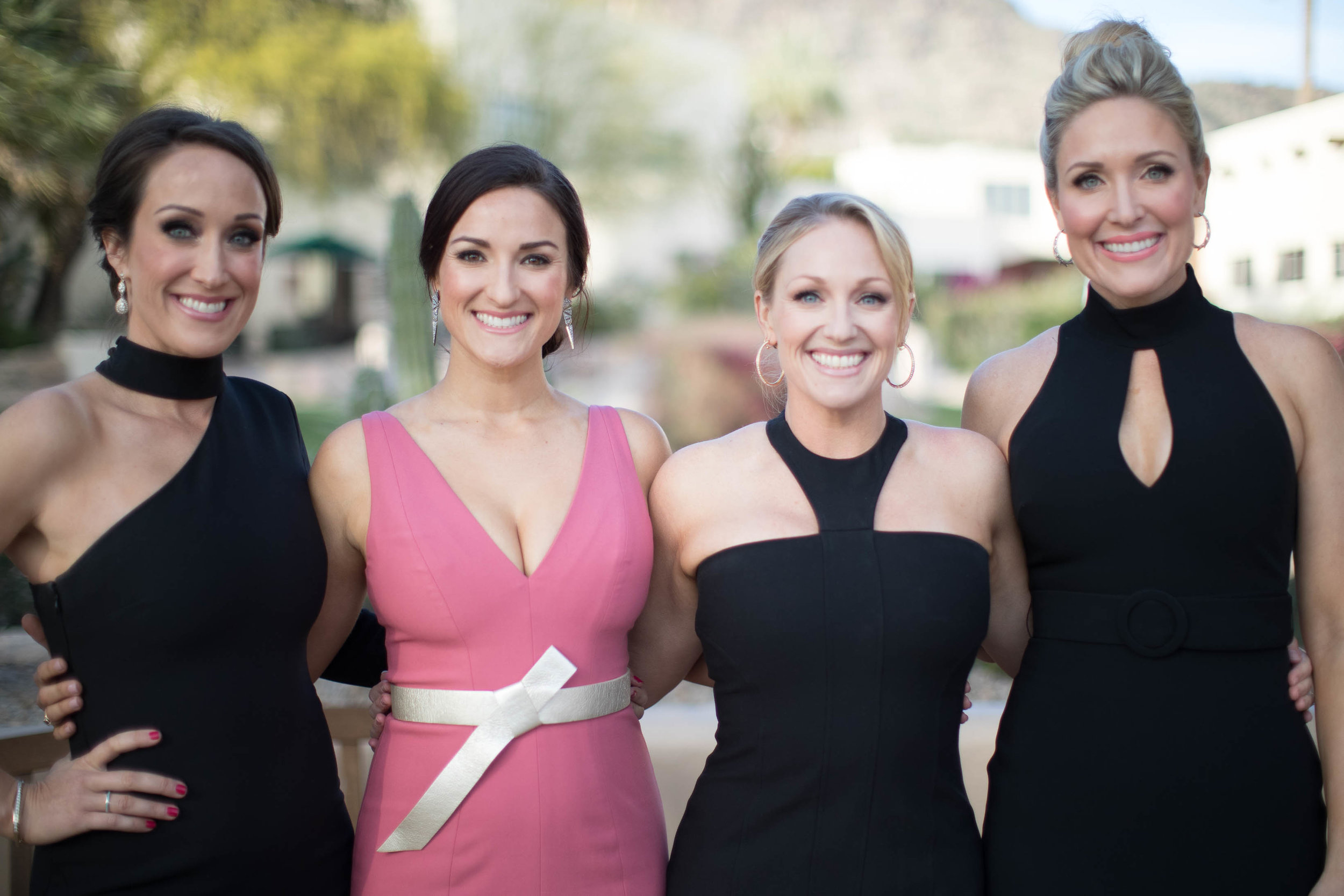 Tell me about the Golf Tourney and Evening of Dreams Gala.

The Golf outing and Gala help raise research funds for ovarian cancer. In February, we had 504 people at the gala and 25 or so professional athletes from baseball and football who came to support. Sadly, there was a Buffalo Bills player who lost his fiancé to ovarian cancer last year and he came along with her brother who shared their story.

What ignites your passion to serve?

I think I’ve always had it in me. I’ve always wanted to help. I'm a compassionate person and when I see someone struggling, I want to fix it. Whether it’s being a friend, helping out at my kids school or cancer research. I strive to leave something behind--leave it better than I found it.

What are you most proud of?

Besides my three kids, I'm really proud of our foundation Colleen's Dream. Personally, I found it difficult to build an identity for myself outside of football. We have a strong community here in Phoenix that supports our foundation. To have built something from scratch and have an identity outside of being a football wife is something I'm proud of.

How can people best get involved with your foundation?

Coming to events is a great way. Get involved with the "Kicking for the Dream" Program. You can also make donations on our website at colleensdream.org.

What’s one thing you want people to know about ovarian cancer?

I want women to know the signs and symptoms of ovarian cancer (like changes in your urinary habits). If you have these symptoms for more than two weeks or 12 times in a month, talk to genetic counselor and possibly do genetic testing. 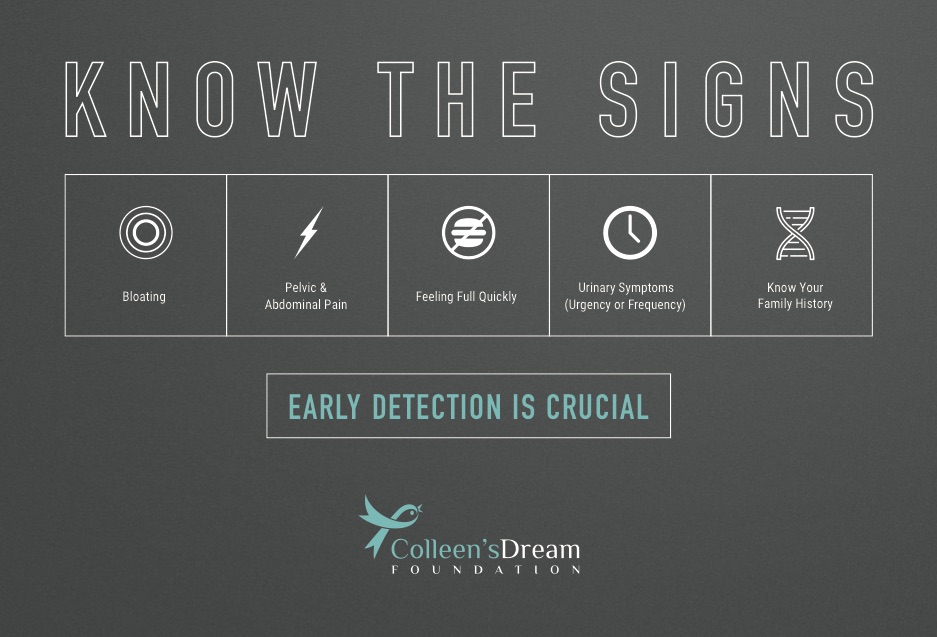 What’s next for you and Colleen’s Dream Foundation?

We’re still growing! My husband and I are trying to do as much as we can with the platform we’ve been given. I will continue to pour into Colleen's Dream as much as I need to. I’m also pursuing other things like getting my real estate license.

Thank you Nicole for being a world changer! I know your mother is proud of all your efforts. Happy Mother's Day to all the moms!