The Transition from Litigating in Court to being a Wife, Mother, Ministry Leader, Philanthropist, and Author

This is one of those posts that will give you insight, inspiration, and encouragement as you walk through the journey of life and its many transitions. Wife, mother, author, and philanthropist are just a few of the descriptive terms to describe, LaKeisha “Keisha” Carey, wife of Don Carey, Defensive Back for the Detroit Lions. I’ve known Keisha for a long time now. In fact, we met in law school and it was her words of wisdom and encouragement that helped usher me through my breakthrough and transition after passing the bar exam. I have the pleasure of calling her my friend, but even more significantly, my sister. She is my sister who prays and slays! I know firsthand that Keisha is such a pillar of excellence, and you will have no choice but to see it as well. Let’s dive into the interview! 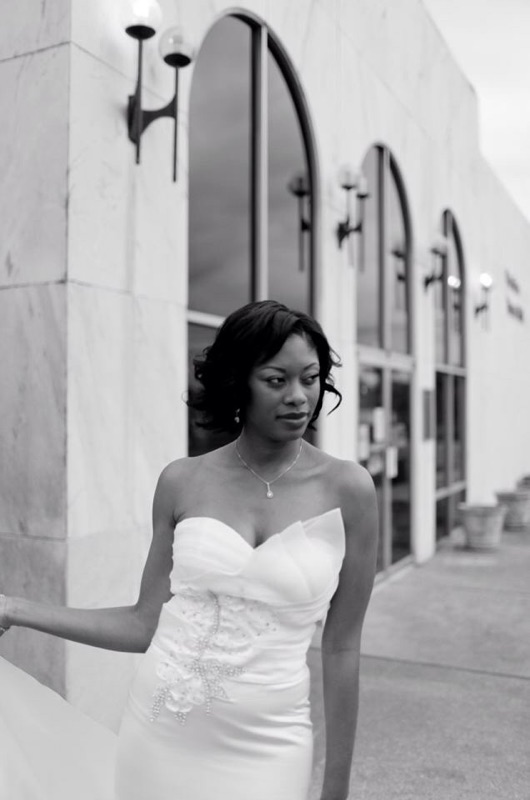 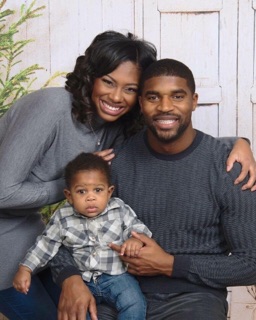 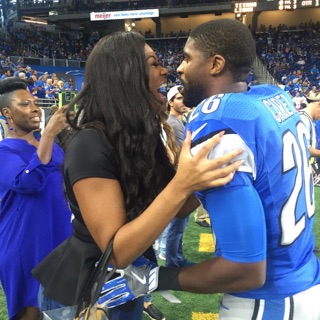 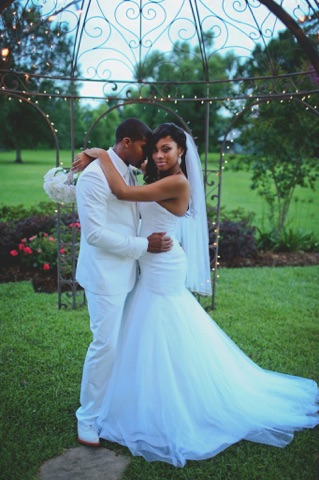 Cycle 1: Before the Transition-Children’s Attorney

VW: Before you married the love of your life and became the wife of a professional athlete, what was a normal day like for you?

LC: I was in court a lot! I worked as a certified children’s attorney and I represented children in need of care. I litigated in 6 parishes, so I was always in court!

VW: You could have chosen to practice in any area of law. Why this one?

LC: Well, my initial reason was that I wanted a job close to home to be with my father who was on life support at the time. But, as I immersed myself in the practice, I received further motivation when I saw the smile on my kids’ faces. To know that these children desired an advocate to serve in their best interest and that I was actually what they desired, made me love my job even more.

VW: So how did a Children’s Attorney from a small town in Louisiana cross paths with a guy from Virginia playing for the Detroit Lions?

LC: I was supposed to meet him through a mutual friend when his team played against the New Orleans Saints one year, but I actually had to be in court the very next morning so I didn’t get to meet him that night. It wasn’t until I sent him a friend request on Facebook to thank him for the tickets to the game that we started to communicate and become really good friends. I even helped him start his business by filing the forms for him to have his LLC. After getting to know each other we started dating and here we are now!

LC: *Laughs out loud* Trust me, I really didn’t want to do it and I wasn’t going to do it, but I thought it was nice of him to give us free tickets, so I wanted to thank him for his nice gesture. Little did I know, he had already inquired about me to our mutual friend before I reached out to him on Facebook. 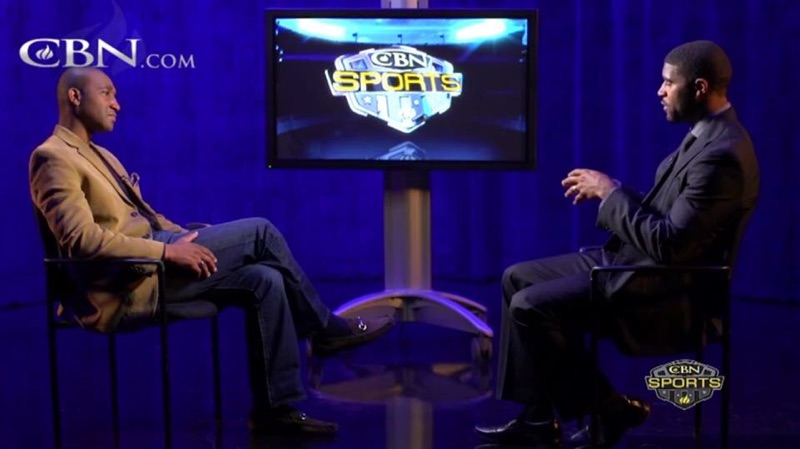 VW: Being married to a professional athlete I’m sure requires so much, yet you balance so many roles. How did you successfully make that transition to a wife and mother?

LC: It is truly a beautiful sacrifice that requires me to have the right perspective at all times. In the midst of all other roles, being a wife and a mother is the blessing that God has given me to be a good steward over. So, I take pride in making a home for my husband to come home to after long hours of work. The transition was not as easy as it sounds, but I embraced the sacrifices of moving in between states, changing my name, and altering my career path. I was able to do this by understanding that God created me to be a keeper of my home and family. It became less of a responsibility and more of an honor.

VW: Wow this is so awesome! But I know it truly takes so much to get into the habit of maintaining the right perspective on a constant basis. If we can just be honest and transparent for a moment, could you offer a little more insight on this process?

C: Absolutely! It's not anything that can just happen over night. Don is a great help when it comes to this. He is intentional about being a husband above all of his other roles as well. What has helped me in this process is being intentional with spending quality time with my husband. We make certain to have date nights where we are constantly evaluating each other and our marriage together. We ask each other all the hard questions to ensure that we both are doing okay, and we listen to each other. When we devote time to do this, it honestly doesn’t even feel like I am married to a high profile football player. Constantly evaluating and creating the opportunity to address any issues are what makes our household normal, despite his status as a NFL player. This is how I am able to maintain the right perspective during transitions, and it works.

VW: Yes, this is so very important. Tell me about the roles you two fulfill together outside of the family setting. You own an international ministry, correct? 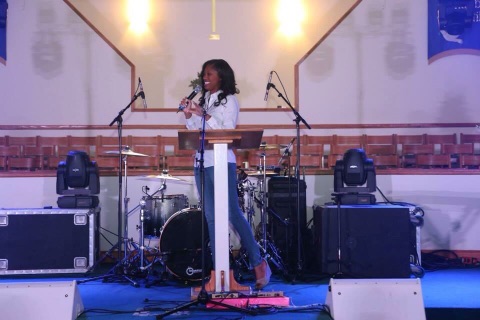 LC: Yes we do!! I am the President and it is an amazing life-changing organization called DCIM: Don Carey International Ministries, where Don and I partner in making prolific changes in our community and our world with the word of God. We are in such a pivotal moment in our ministry right now because Don is studying to receive his Masters in Theological Studies, so we are truly passionate about pursuing our call to ministry.

VW: I’m so impressed right now! You know there are so many negative stereotypes that are attached to professional athletes that it can be overshadowing of those athletes and their wives who are pursuing purpose and are making a difference. Do you ever face any conflicts between your faith and football?

LC: Not at all! Our faith is actually our foundation. It is a necessary part of our lives and our marriage. Don and I even had the recent opportunity to co-lead chapel and minister to other players and wives. It was so awesome. I also led Chapel by myself one time with the other wives and was able to share my testimony with them about my walk with Christ.

VW: Awesome! So what would you say has been one of the many notable things that DCIM has done to date?

LC: Through DCIM, Don and I have had the opportunity to give away scholarships and do Bible giveaways for Christmas. We have given a total of five scholarships. Two of those went to high school students with aspirations of going to college and three went to students who were already in college.

VW: Maintaining a presence in the community is not as easy as people think. Have you and any of the other players’ wives joined together in a collaborative effort to go out into your community?

LC: There were about 10-12 wives altogether who completed a community service project that was geared towards empowering other women. We visited and toured a domestic abuse shelter. It was such a fulfilling experience because some of the women were able to open up and share their testimonies in relation to domestic abuse and it was truly an atmosphere of deliverance and powerful inspiration. We will definitely be going back! 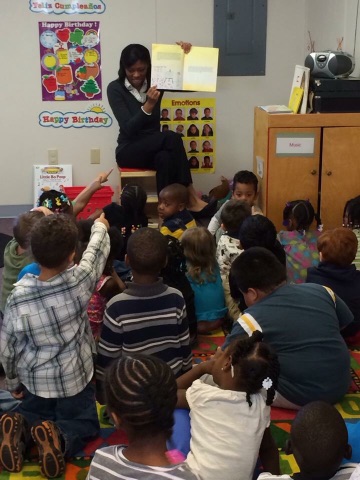 LC: Yes! I wrote a children’s book with two other friends from my hometown. The book is titled CANKEYO, which is all of our names put together. It's basically a true, real life story of the dreams and visions we wrote out in 6th grade. Despite being told that we were limited by our circumstances and that we weren’t going to be anything or do anything successful, we made a point to write this book to share our story and inspire other children living in small towns with big dreams.

VW: That was for the visionaries who have books on the inside of them that need to be pulled out! Can you tell me about this experience?

LC: Listen, before I wrote it, I had this book on the back burner for such a long time so I completely understand holding on to something that the world needs to receive. It wasn’t until I arrived at that pivotal moment where I was tired of constantly dreaming about the book and dreaming about my story that I decided to just do it. Once I started to write, the process didn’t take long at all. I found a publishing company and submitted my manuscript to them. After finally stepping out, the process may have taken maybe four months.

VW: Sis, I must say, you are truly an inspiration! In closing, can you offer just a few words of encouragement and empowerment for your sister WAGS that are balancing so many different roles and making transitions throughout each of those life cycles?