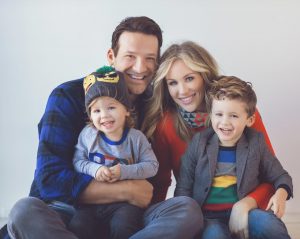 Philanthropist, entrepreneur, wife, mother, daughter, sister; Candice Romo carries many titles. As a philanthropist she is a staunch supporter of causes that assist women and children in crisis. By using the positive visibility that her position as wife of Dallas Cowboys quarterback Tony Romo can bring to a charitable effort, Romo has actively led the charge to raise awareness and funds for organizations dealing with substance abuse, domestic violence and homelessness. Her personal connection to substance abuse has made her an advocate for Nexus Recovery Center for many years.

Her title as ‘mommy’ to Hawkins (4) and Rivers (2) has also pushed her into a new endeavor – business owner at Hawk & Sloane. Romo and childhood friend Hollie Siglin recently launched a line of sprays essential to facing various parenting challenges - sassy attitudes, scary monsters under the bed and many more. A Dallas-native, Romo graduated from Addison’s Trinity Christian Academy before moving on to study journalism and business at the University of Missouri. During college, Romo was crowned Miss Missouri USA in 2008 and went on to place in the top ten of the Miss USA. Additionally, she worked locally as a reporter for KTVT-TV CBS 11 and KDAF-TV CW 33 covering sports, nightlife and news prior to retiring from television work.

Where are you originally from and how did you get to where are now?

I was born in Lubbock, Texas, but spent most of my childhood in Dallas. From there I went to the University of Missouri to become a sports broadcaster, which led me back to Dallas for my job at CW 33 where I covered college and high school sports.

How did you meet your Husband?  What's your love story?

Tony and I met through the Dallas Cowboys. I worked in their broadcasting department as a host for a pre-game show. We instantly hit it off and dated for a year and half before we got engaged. We’ve been married for five years and have two little boys, Hawkins (4 yr) and Rivers (2 yr).

Tell us about your day to day? 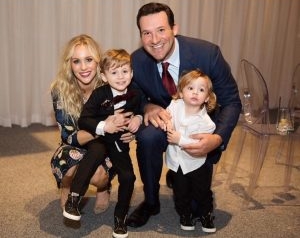 All moms can probably agree that each day is routinely different, but is a race to the finish line with un-definable duties. Regardless, it always starts with getting up with my 2 boys, a cup of coffee, and a Mickey Mouse episode. From there, my responsibilities vary from kid’s activities and household management, to Dallas Cowboys events.

Do you have a favorite WAG moment?

Being a wife of an athlete there are a lot of ups and downs dictated by wins and losses. When your spouse is on the field, you have this emotional investment that makes it feel like you are part of the team. One of the moments I will never forget is the Dallas Cowboys 2015 game opener against the New York Giants at home. We were down ten points with seven minutes to go and had to score two touchdowns to win. With ten seconds left, Tony threw a touchdown pass to Jason Witten to win the game. As Michelle Witten and I sat next to each other watching this unfold, the joy and pride we shared together as we celebrated is unforgettable. 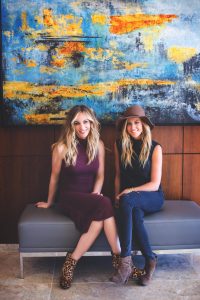 Introduce us to your amazing new company, Hawk + Sloane?

My best friend, Hollie, and I are always looking for creative ways to make parenting more efficient. We were both struggling with finding effective methods for discipline and that is how Sassy Spray was born: a healthy yet distasteful oral spray to keep the sassies away. From there we created an additional five sprays ranging from whimsical room fragrances: Sleepy Spray and Scary Spray to practical ones Lice Spray, Stinky Spray and Soothie Spray. Within a year, we had created Hawk + Sloane’s first product line and were ready to launch!

Can customers shop online as well?

Our product is readily available on our website: www.hawkandsloane.com 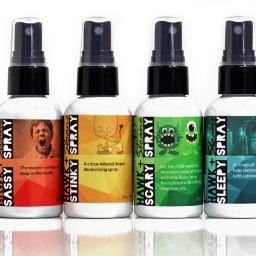 What’s the big picture for the brand?

Right now we are both excited and focused on the launch of our current six sprays, but we definitely have a long-term vision for the company with several more product ideas in the works.

What is your favorite spray and why?

Sassy Spray, not only was it the baby of our brand, but its also been very effective in my own household for taming our toddler boys. We call it the “modern version of soap in the mouth”- a dose of discipline and a dash of nutrition! We just found that it was a great alternative disciplinary option for families at home or on the go.

Thank you for sharing a slice of your world with us!  Out of everything, what are you most passionate about?

There are many things that I am passionate about, but the foundation of all of it is the grace bestowed upon me by the Lord Jesus Christ. That unconditional love is the catalyst for my everyday life: wife, mother, daughter, sister, and friend. 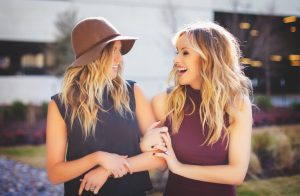